I'm looking for...
Return to Headlines

Have you ever wanted to send an experiment into space? In early November, the fifth-grade science club members at Wellsville Elementary School received news that some of their scientific proposals made it to the final round of evaluation for the Student Spaceflight Experiments Program (SSEP). These 10- year olds competed with experiments from throughout the Western New York area and teams that ranged from Elementary to High School Students. We recently found out that one of the fifth-grade team’s proposals, authored by Adeline Brubaker, Samuel Green, Zia Muska, and Maggie Viglietta, will be joining the program on Mission 17. The student’s experiment will be launched in June to the International Space Station and will return to earth after 4-6 weeks for analysis by the team. We are so proud of these budding scientists and their hard work! 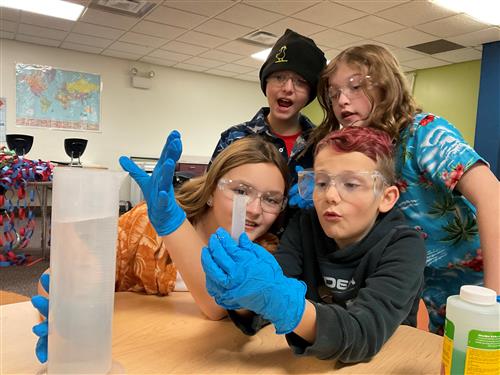